My fascination with the relatively unfashionable Charles Aznavour continues. Not forgetting Dusty Springfield, who took a swing at this in the late 60’s. Having sung it in a rather laid back way, I realised that it needed a much more emotional approach. It’s a song that demands a certain, uh, attack… And, of course, xylophones and clarinets.

Charlie Chaplin’s Smile, recorded for dotter [it’s a favourite of hers] to sing, but in the wrong key, so I’ve taken the liberty of trying it out, fairly roughly…

Side A: Home For Christmas (Martin Colyer)
Inspired by the Iraq War this was written in 2008 and re-recorded a bunch of times. This version features David V. Miles on hyper-walking bass, and Martin on guitars and vocals.

Side B: The Summer Blues (Martin Colyer/Mark Pringle) The appalling rain this summer led to everyone having The Summer Blues. It features Mark on electrical guitar and Martin on bass and vocals.

Here’s a try-out for an idea that shows the track make-up of various songs, starting with the loop-driven theme to Poisonville, Hammett. The screen shot of the Garageband file shows how the various tracks were layered and chopped, and what exactly makes up all those strange noises… The narration is a dream sequence from Red Harvest. 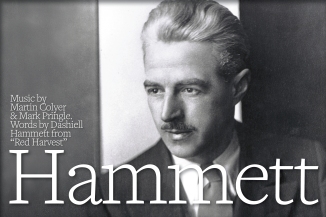 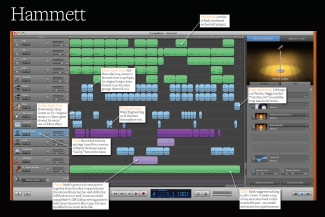 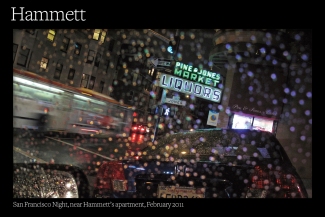 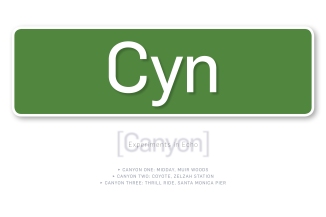 Driving through California seeing signs saying Cyn and wondering, until realising that of course they meant canyon… and before arriving, listening to a lot of surf music that I’d found, all echoes and twang, and great song titles like Midnight On Pier 13… and feeling like recording lonesome atmospheres with reverbs and delays and howling and guitars that are turned up to eleven…

All works in progress. Too much/too little bass generally….

Canyon One is based on an old recording I did of Always & Forever, although it now sounds to me more like In The Still Of The Night (except with added theramin). Canyon Two is named for the original town that was at Northridge, CA, above LA. Coyotes, synth bass and live guitar. Canyon Three is so named as Bruce is an engineer and worked on theme parks before devoting himself to building by hand (every piece, literally) Ampeg Scroll Basses. Freddy lives in Santa Monica, has a wonderful new CD, Undone, just out and is currently working with the first lady of France. The track is loops with live unedited bass and guitar on top.

Covers for the music projects that are on the Southwestern Recorders site. Click on the image to grab a file that can be assigned to any of the songs in your music library of choice. Please continue to enjoy all of our products. Yours, the team at SWR. 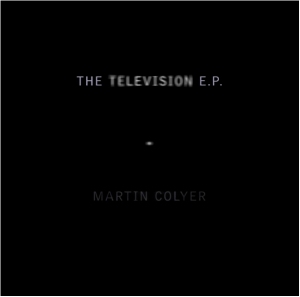 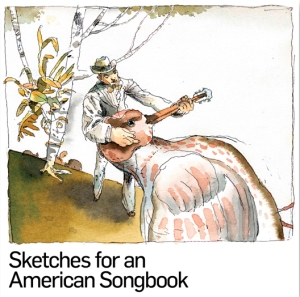